<Back to News
Count Basie is coming to VCS! 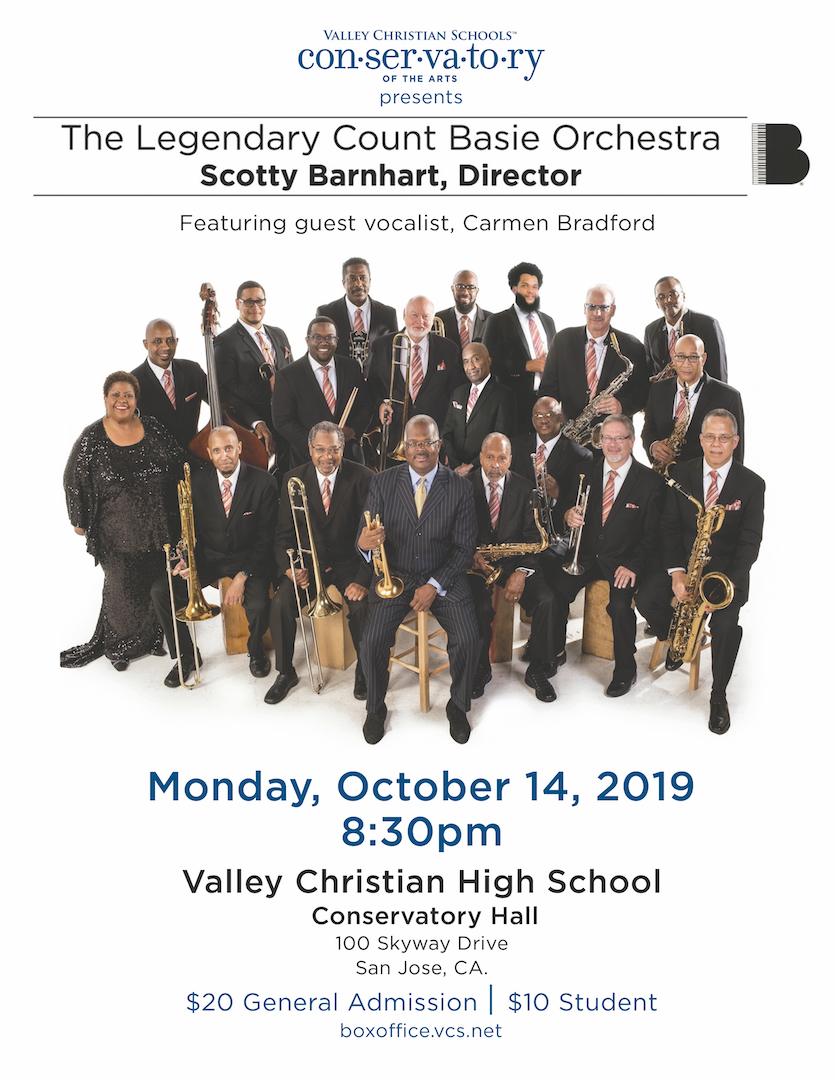 The Conservatory of the Arts is proud to present the Count Basie Orchestra on Monday October 14 at 8:30pm in Conservatory Hall. In the history of jazz there is only one band leader that has the distinction of having his orchestra still performing 30 years after his passing, with musicians personally chosen by him. The Count Basie Orchestra is directed today by Scotty Barnhardt. This group has won every respected jazz poll in the world at least once along with 18 Grammy Awards, they have performed for Kings, Queens and other World royalty, along with being featured in movies and television.

Here is your chance to experience legendary jazz!

Tickets are now on sale on boxoffice.vcs.net