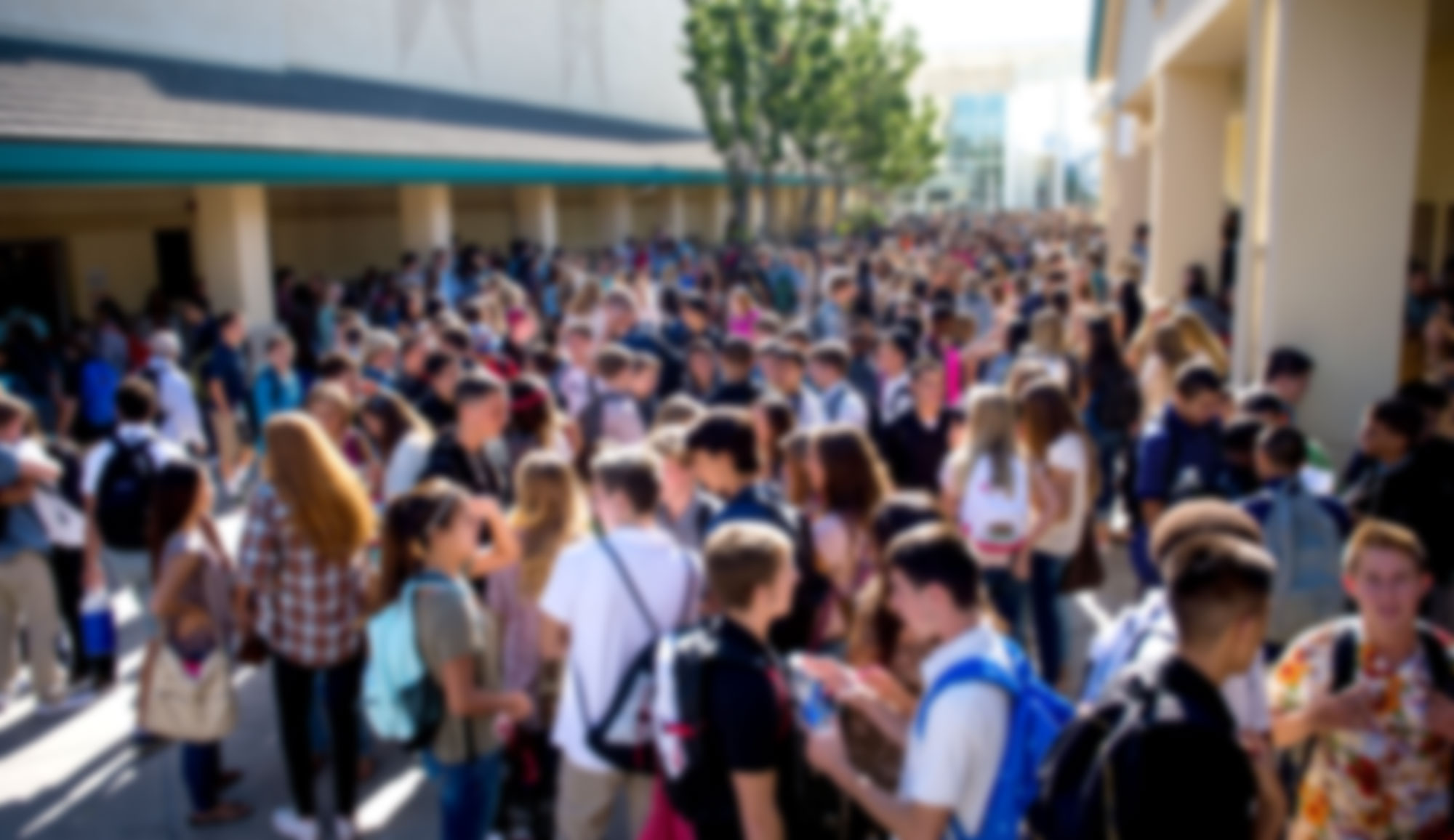 <Back to News
VCS Students Invited to the Vatican

The journey continues for Valley Christian Schools’ (VCS) Ocean Quest team. Invitations to prestigious locations and events pour in for these winners of the National Oceanic and Atmospheric Administration (NOAA) Bonus Prize in the $7M Shell Ocean Discovery XPRIZE.

Most recently, two students presented at the Design for Change Conference hosted at the Vatican in Rome. While there, the students and Pope Francis spoke in Paul VI Audience Hall to a crowd of over 3,500 youth from around the world. Their story of perseverance and innovation inspired these young spectators to pursue their dreams and influence the world by cultivating an “I Can” mindset.

Additionally, Craig McLean, Acting Chief Scientist of NOAA, invited Danny Kim, Vice President of the Applied Math, Science, and Engineering (AMSE) Institute, to speak to the United States Congress on Capitol Hill to address how prizes incentivize innovation. The meeting resulted in a visit by Mr. McLean to Valley Christian Schools, where he toured the VCS Skyway campus, presented to students and faculty, and reconnected with Ocean Quest team members.

Students also interacted with top executives at Shell Oil, both through conference calls and at the XPRIZE EXPO in Houston, a private event for XPRIZE winners. While there, the Ocean Quest students interfaced with several high profile administrators and scientists and participated as panelists during a Q & A session.

As the Ocean Quest team continues to receive extraordinary opportunities to inspire others and share their learning and innovation, two new groups of VCS students are gearing up for the next XPRIZE competitions.

Team Avatar Quest recently entered the $10M ANA Avatar XPRIZE, a four-year competition to create robotic avatar systems to enable humans to interact within remote environments as if they are truly there.

Team Rainforest Quest will take part in the $10M Rainforest XPRIZE, a four-year competition to advance the development of biodiversity assessment technologies to discover, understand, and ultimately preserve these magnificent environments for future generations.

VCS is uniquely equipped to inspire students to advance innovation and solve global challenges. As XPRIZE winners their experience and access to the VCS Research and Development Department, the AMSE Institute, and the Conservatory of the Arts have given them the edge they need to compete among an elite group of research institutions and universities on the world stage. Let the journey to exploration, innovation, and discovery continue!

Shaking hands with Pope Francis after the presentation. 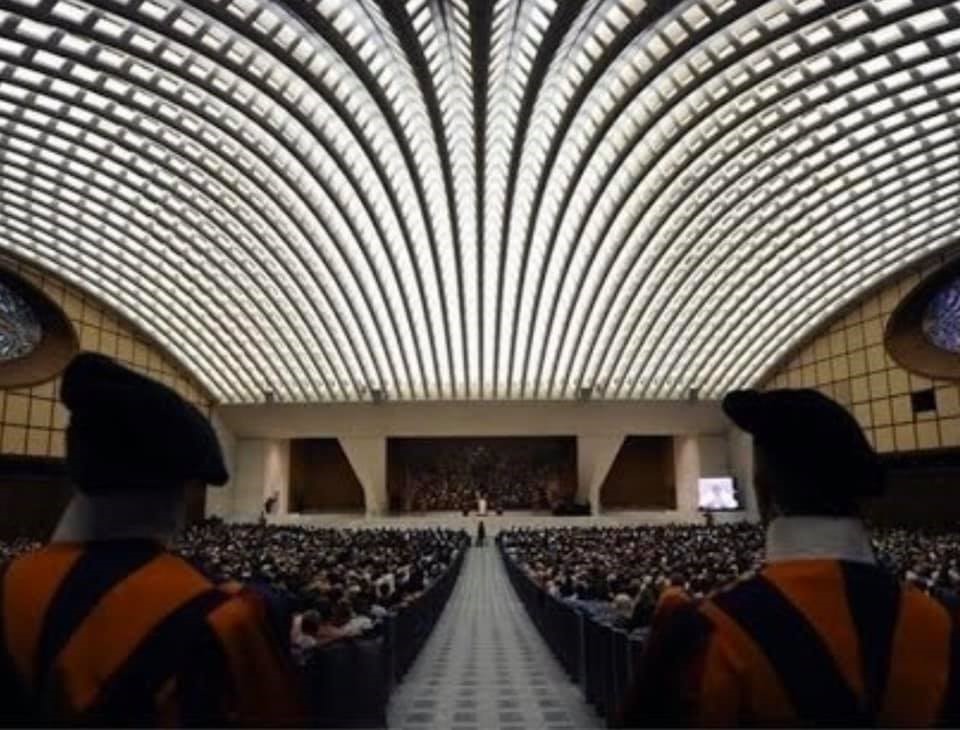 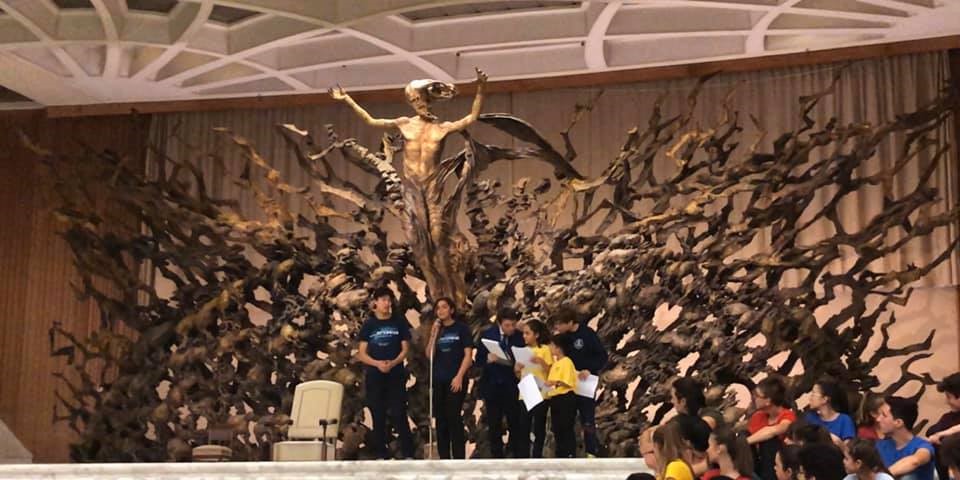 US CONGRESS AT THE CAPTIOL BUILDING in WASHINGTON DC 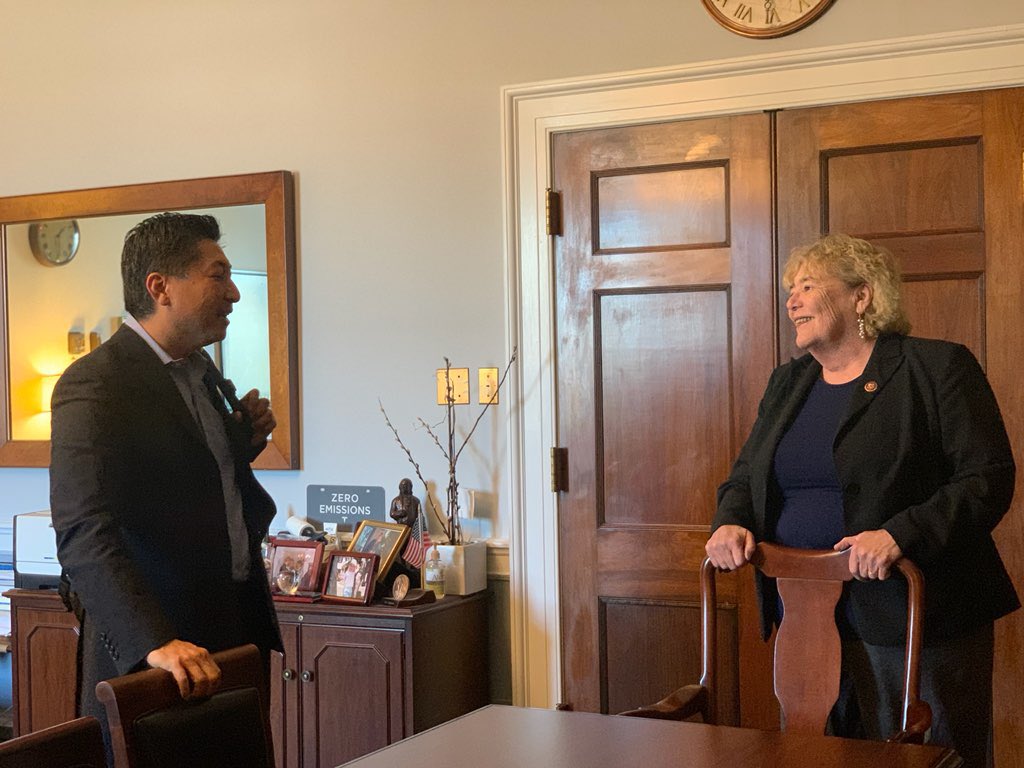 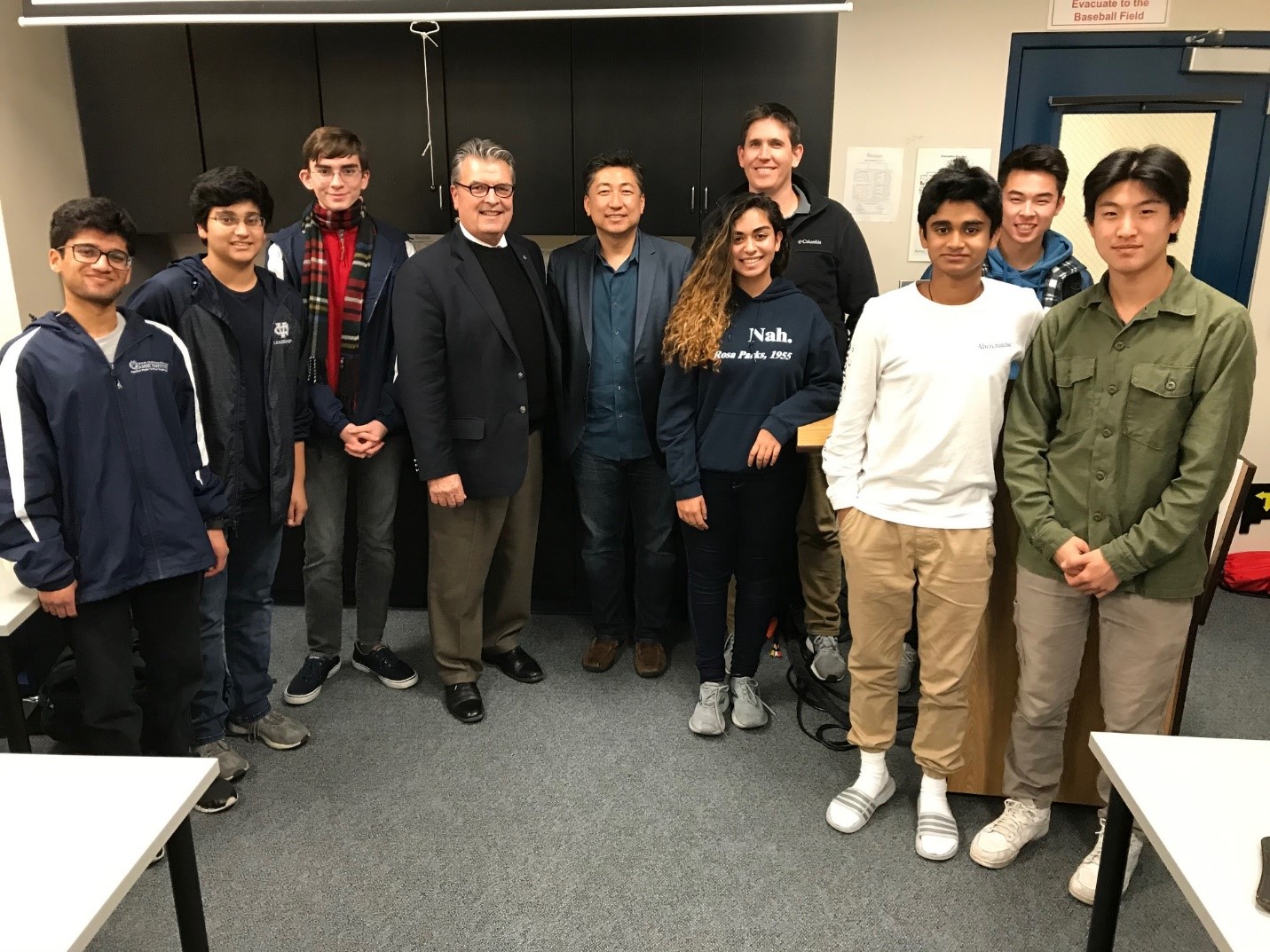 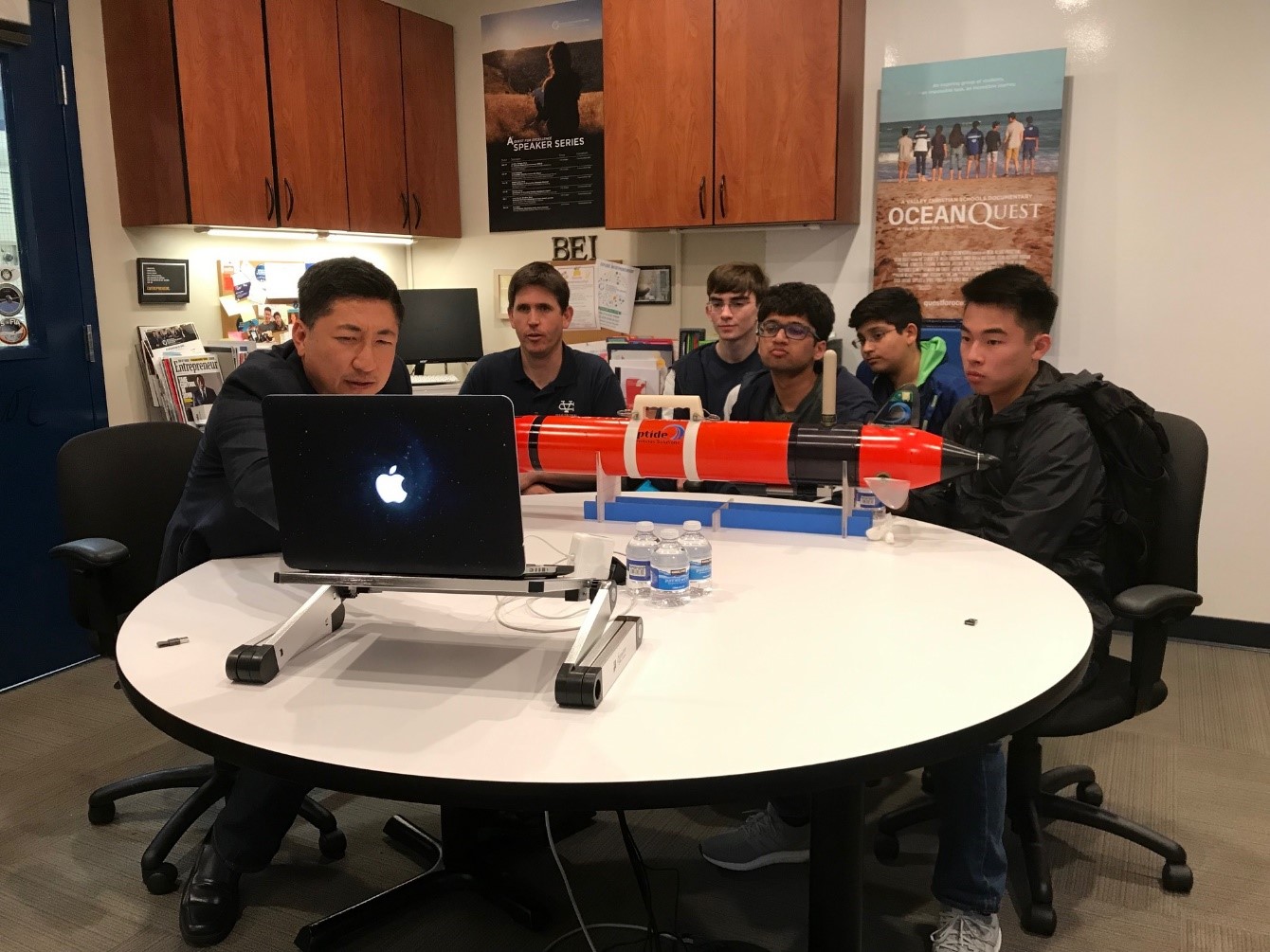